Post-Traumatic-Stress is a natural response to more or less any trauma in our lives.  Many people will naturally recover from even the most challenging events after a month or two of the incident.  Some, though, will go on to be disturbed by intrusive thoughts, images and fears, respond to sudden noises or changes around them, avoid social contact, crowds, any reminders of the traumatic event and be anxious and frightened most of the time.  And the problem can persist for years or even decades and it has the potential to completely ruin lives.

Trauma can be divided into a number of different categories:

The natural response of our brains and bodies to a frightening event is to treat it as significant and then to set about processing it - to make sense of it.  The ways we do that is to keep thinking about it - even when we don't want to - talk about it to anyone that will listen and to dream.  All of these things are our attempt to make sense of what happened and in time, to move it from the 'just happened' to the 'once happened' part of our memory and eventually off to the 'almost forgotten' memories.

While we are doing that, our bodies can go through some quite alarming changes.  We might find we can't sleep, or perhaps that we can't wake up and want to sleep all the time, we might often be 'away with the fairies', or what war veterans used to call 'the thousand mile stare', where we are looking off into the distance at nothing in particular.

And all of this is normal and healthy - so long as it doesn't go on for too long.  Under most circumstances, many people that experience some or all of these symptoms would still find that they naturally and spontaneously recover over a period of weeks.  This is more likely to be the case if the traumatic incident was a 'one off' and when there have been no previous traumatic experiences or previously existing difficulties, that might include things like anxiety disorders, significant depression, substance abuse difficulties, eating disorders and so on.

If any of the above or similar problems continue and cause you difficulty enough to disrupt your work, social or family relationships, it's time to consider getting some professional help.

When Should You Get Help?

In the case of a recent, 'one off' incident:

An individual struggling in this way may not realise that they are suffering with PTSD or they will be unable to access the treatment offered.  There are any number of possible reasons, but often it is because the trauma was so severe and their difficulty so marked that they cannot bring themselves to think about the problem - yet they cannot bring themselves to forget about it either. 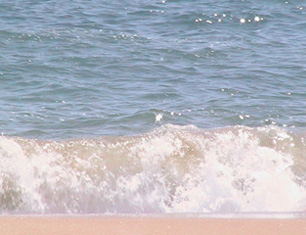 Eye Movement Desensitisation & Reprocessing (EMDR) is an active therapy that helps process stuck memories that are troublesome and not being dealt with in the usual way.  Traumatic memories seem to be held in the present, rather than slipping away naturally into the distance, where intense re-experiencing of the event/s doesn't spontaneously occur.

EMDR seeks to actively process memories and experiences that are being re-triggered by present day experiences and, in that way, are keeping the person suffering in the same loop of experience for weeks, months, years and even decades.

Therapists are usually only trained in the use of EMDR after achieving a certain level of professional standing in their chosen modality.  In my case, being a BACP Accredited psychotherapist and counsellor qualifies me to train in EMDR.

To obtain treatment using EMDR, you still need to see a therapist in the usual way and have to establish a therapeutic relationship and alliance that allows you to move through the treatment safely and successfully.